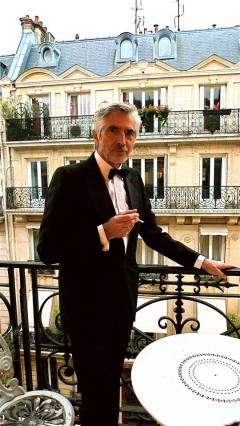 Alain has a passion for drawing.

Winner of numerous well known awards such as the 1958 Esso Award and the 1960 Pilote Award, the 1967 Raymond Loewy Design Award and the 1968 Jacques Vienot Award, he regurlarly draws for Le Figaro, L'Auto-Journal, 4x4 Magazine, Rétroviseur, Senso, Beaux-Arts magazine, Science et Vie. He also works for The Shangri-La Hotel (Paris), The Mandarin (Prague and Berlin), and The Villa Bahia in Salvador.

Alain has travelled extensively and has been around the World several times and he has also published numerous travel stories and works regularly with “Voyageurs du Monde” and “Deserts du Monde”.

He currently illustrates almost all the "Dictionnaires Amoureux" covers for the French Editor Plon.

Eclectic, passionate and talented, Alain Bouldouyre knows how to capture the moment and translate it in a subtle way through the sketches and illustrations.